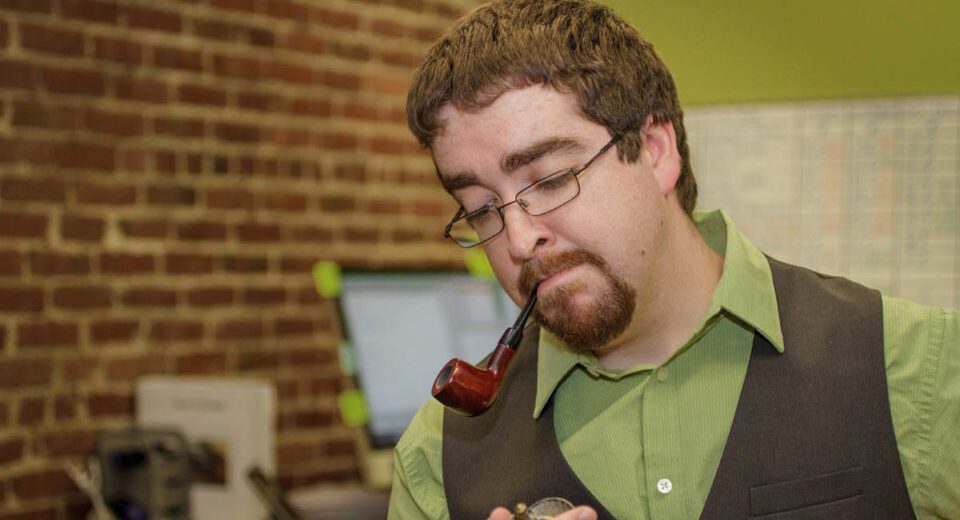 Raised in Bucksport, Ken spent his high school years performing on stage in school musicals and rocking out on drums. Graduating in 2005, Ken went to the University of Maine to study new media. There he met his wife Amanda (also a New Media student) and they graduated together in 2009.

Ken started part-time at Sutherland Weston in January 2013. He was most likely hired because of his irresistible charm and dashingly good looks. Ken now works full time as our Production Manager and has become an award-winning list maker.